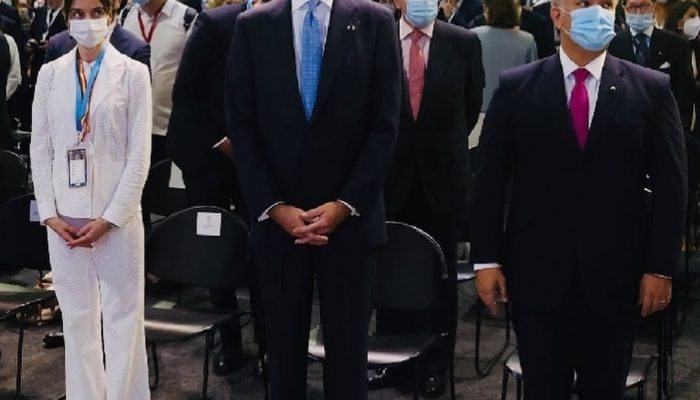 For his part, King Felipe VI, recipient of the World Peace & Liberty Award 2019, highlighted “Spain’s firm commitment to Colombia in its role as an Ibero-American strategic partner”, and recognized that “our government, our institutions, our cooperation and our The legal community will continue to bet on this country and its citizens”. Of the Colombian democracy, he said that “it has stood firm in the face of risks and will feel recognized, comforted and encouraged by this important distinction, because it is based on harmony, freedom and equality.” Adding that “the rule of law is not only a guarantee of freedom, but also an essential requirement to achieve economic and social development with stability and justice, because development must be built by seeking coexistence, guaranteeing security and favoring the well-being of all citizens”.

Present at the award ceremony was the president of the World Jurist Association, Javier Cremades, who remarked that “Colombia has become the best country in the region, and it is one of the few stars that shine in the sky of freedom. Today Colombians are not forced to emigrate”. He also underlined that “they are a reference and model for those countries that want to establish the peace and freedom of their fellow citizens on the right”.

The former president of the American Bar Association, Hilarie Bass, was in charge of reading the act of awarding the World Peace & Liberty Award; and the Secretary General of the Organization of American States, Luis Almagro, praised Colombian democracy. The academic director of the World Law Congress and emeritus magistrate of the Constitutional Court of Spain, Manuel Aragón Reyes, gave voice to the reading of the Barranquilla 2021 declaration.

The Rule of Law Index was also presented by Elizabeth Andersen, Executive Director of the World Justice Project.

The 27th edition of the World Law Congress in figures

The World Law Congress Colombia 2021, which coincided with the 30th anniversary of the 1991 Constitution of Colombia and the 200 years of the Constitution of Cúcuta, brought together more than 2,500 attendees from more than 60 countries and has had a program featuring 52 round tables and more than 300 world-class speakers.

This edition will give way to the one to be held in Geneva (Switzerland) in 2023.