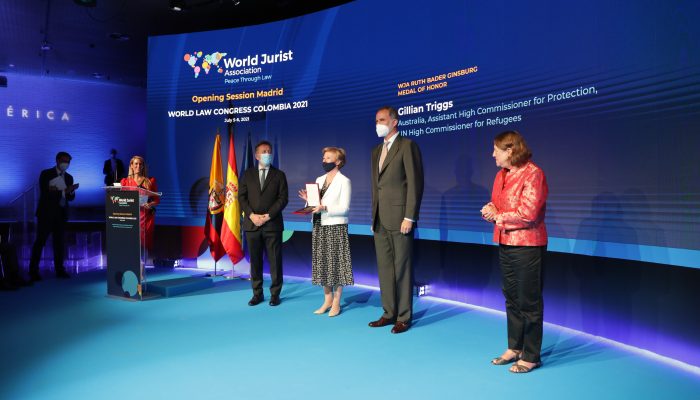 King Felipe VI has highlighted Ruth Bader Ginsburg’s “example of service to the rule of law and the values ​​of freedom and equality that are inherent to it.” And added “her firm defense of the Constitution as the supreme norm, her constant attention to its proper interpretation, was always linked to her conviction that the Constitution also performs a fundamental political function: to be a true instrument of social integration, an inclusive framework, in which society is reflected, in which political pluralism is guaranteed, and in which hope for a better future is preserved”. His Majesty King Felipe VI believes, as Ginsburg did, “that only by attending to the legal and political meanings of the Constitution can the ultimate goals it pursues be achieved: citizen coexistence in peace, justice and freedom, and where Human Rights are respected with the upmost dignity and efficiency”.

Regarding His Majesty King Felipe VI, Javier Cremades, president of the World Jurist Association (WJA) and the World Law Foundation (WLF), has recognized that “he has given and continues to give an admirable example of what a true constitutional king should be, committed with the Constitution and proper functioning of our democratic system and with faithful performance of his crucial role as king of a parliamentary monarchy”.

These statements took place during the Madrid Opening Session organized by the World Jurist Association and the World Law Foundation. An international meeting of jurists that counted with the presence of the world’s legal elite and that served as prelude to the celebration of the World Law Congress Colombia 2021, which will be held on December 2 and 3, and as a continuation of the previous sessions that have been taking place since last July. Two sessions, spread over two days, which included the International Tribute to Ruth Bader Ginsburg and the international summit of Presidents.

In this session, Iván Duque, president of Colombia, also intervened, who telematically recognized that Colombia “is a state that protects human rights and that ensures protection, that seeks the objectivity of the law so that it is what defines the borders which no one can trample over the rights of others”. And insisted that “we must be able to understand the clamor of society when it seeks to claim rights and insist that these must be linked to the concept of peace.”

The event was attended by José Luis Martínez Almeida, mayor of Madrid, who praised the figure of Ruth Bader Ginsburg, whom he described as “a giant of the law and the defense of gender equality.” He also stressed that “the legal norm and the law must govern and enable that desire that all democracies have for those who think differently to live together in common”. For her part, María Teresa Fernández de la Vega, president of the Council of State, has praised the figure of Ginsburg, of whom she said that “she put her talent and intelligence at the service of a cause to which she dedicated her entire life: gender equality, and she did it with the law as her only tool”.

Patricia Lee Refo, president of the American Bar Association, celebrated these days in which “we gather to celebrate the attendance of legal heroes and face the challenges of justice and the rule of law, in addition to encouraging each other to fight for equitable justice”. José María Alonso, dean of the Madrid Bar Association, has also recognized the role of the president of the World Jurist Association “for having promoted the Spain Brand through the legal profession.”

As part of the international tribute to the late US Supreme Court Justice, Ruth Bader Ginsburg, the round table “Mother, jurist and myth: I met Ruth Bader Ginsburg” was held, which was attended by Jane Ginsburg, Professor of Law at Columbia University and daughter of the honoree, who highlighted the relevance of the medals of honor, hoping that “the presentation and recognition of the exceptional cases of the eight winners will contribute to the equality of the legal profession and also in others . Jane Ginsburg has assured, as her mother did, that “legislation does not always advance until society does”.

The round table “Equality and the rule of law: contributions from international tribunals” was also convened, being the panel that has brought together, for the first time in history, representatives of the most important supranational courts in the world.

In his closing speech, Javier Cremades expressed his desire for “these days to serve as encouragement to those who fight every day to achieve justice and peace through law, and allow progress with efficiency, speed and intelligence in the understanding of the great transformations, challenges and opportunities posed by society”. 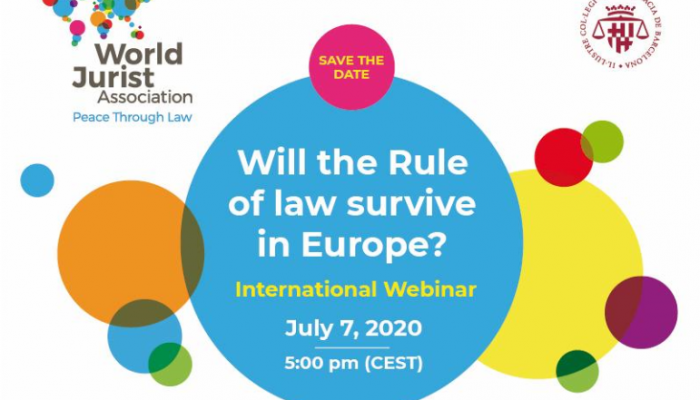 The World Law Congress 2021 begins this coming July 7, with an innovative On-going format that will hold fifteen monthly Online Opening Sessions from different countries around the world, finalizing in Cartagena de Indias on November 17 and 18, 2021.

The Barcelona Bar Association, led by Dean Ma. Eugenia Gay, President of WJA Spain, will be hosting the Opening Session Barcelona, a hybrid event that will feature both face-to-face and online attendees, and panelists of the highest level. First, there will be a short institutional opening event, and then the development of the panel “Will the Rule of Law Survive in Europe?”, contextualized on the deterioration of the European unity, not only owing the Brexit, but also because of the reaction to Covid-19 related matters and the disputes between the constitutional courts. 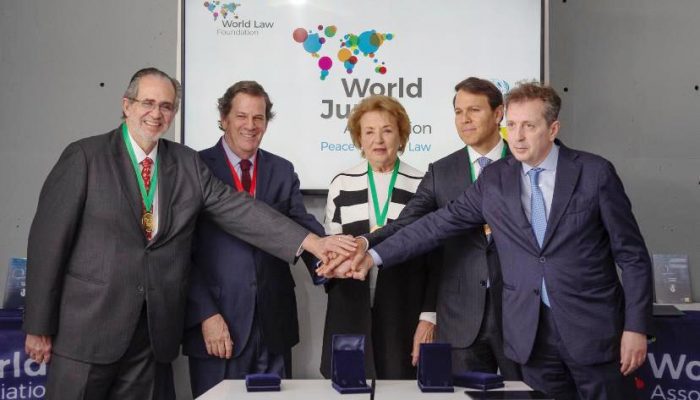 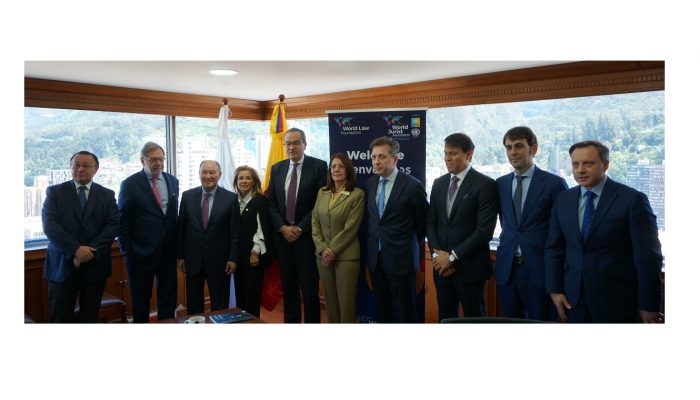 The Mayoress of Bogota, Claudia López, met with a delegation of the World Jurist Association (WJA) and the World Law Foundation (WLF), headed by their President, Javier Cremades, on the occasion of the presentation of the World Law Congress 2021, which will be hosted by Colombia on February 8-10, 2021. The meeting was also attended by the Inspector General of Colombia, Fernando Carrillo Flórez, Juan Luis Cebrián, Trustee of the WLF and Honorary President of El País of Spain, members of the Organizing Commission from different countries and other Colombian leading personalities.

The main congress will be held in Cartagena de Indias, but Bogota will also serve as venue. During the meeting, attendees explored different ways of cooperation so that the Capital District can actively participate in the celebration of this great international event.

More than a hundred speakers of different nationalities from the five continents are expected to participate in the 27th World Congress of Law, to promote the Rule of Law as an instrument for the development of nations, offering a comprehensive vision of the great issues that concern humanity and to which the jurist community must respond.

In this sense, Javier Cremades said that «this congress wants to be a recognition from the international legal community to the commitment of the Colombian society and institutions, for their defense and strengthening of the Rule of Law in the face of the scourge of violence, and their effort to building and consolidating a society of opportunities, freer and fairer for all.

The World Law Congress 2021 will close with the presentation of the ‘World Peace & Liberty Award‘ to an important international personality who will join the select group of laureates for their commitment to the defense of the Rule of Law. This recognition, also known as the ‘Nobel Prize in Law’, has previously been received by personalities such as Sir Winston Churchill, Nelson Mandela, René Cassin, the Philip VI King of Spain and, more recently, by Hon. Ruth Bader Ginsburg, Associate Justice of the Supreme Court of the United States, a champion of equality and women’s rights from the highest levels of the judiciary in the United States. 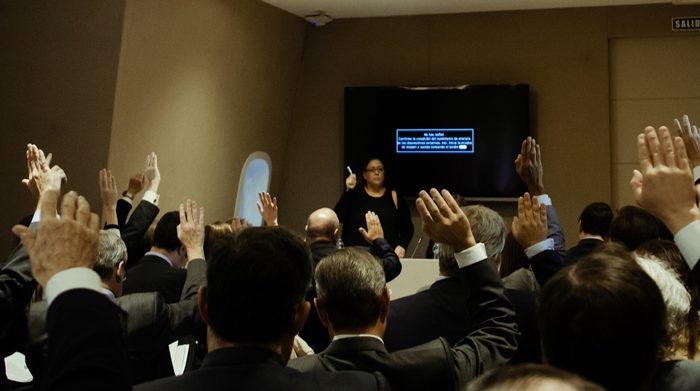 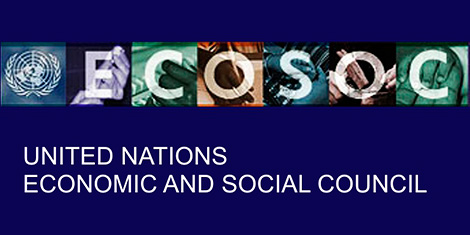 As NGO with Special Consultative Status with the United Nations, and in support to ECOSOC, the WJA invites other NGOs interested in applying for ECOSOC consultative status to submit their application and required documents on or before the deadline 1 June 2019. The following link provides background information, the benefits and instructions how to apply: https://bit.ly/2ozYpVw