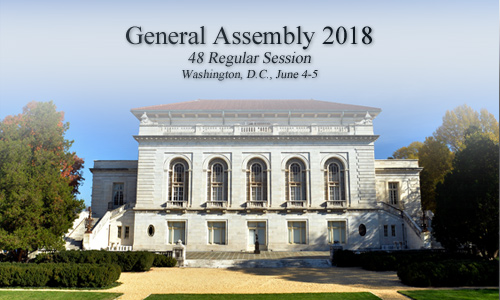 Secretary General of the Organization of the American States

The World Jurist Association (WJA), aware of the transcendental role that corresponds to it in these critical moments that affect the Venezuelan citizens, presents before you its respectful support and appreciation on behalf of the jurists who integrate it, many of them Venezuelan.

The current humanitarian crisis affecting Venezuela, as direct result of a system described as dictatorial throughout the American continent, and as result of the actions of some of the highest representatives of the Venezuelan regime, who have been qualified as members of criminal organizations with participation in Narcotics trafficking, must be repudiated and taken care of, just as you have courageously claim over the last few years. The real crisis has brought as consequence the notorious and massive diaspora of Venezuelans trying to guarantee their survival by fleeing to the American Continent and the rest of the world, which has also affected the receiving countries and, even more, the neighboring countries which have good sheltered the victims of the Venezuelan regime.

The WJA supports your repeated complaints as Secretary General of the OAS in light of the humanitarian, economic, political and social crisis in Venezuela, as well as the successive ones by multiple international organizations. Likewise, the WJA recognizes your extraordinary and strong humanist position facing the ferocious and repressive Venezuelan dictatorship, in representation of the democratic foundations that inspired the creation of the OAS in 1948. The OAS, in its principles, has always been compatible with the values ​​that guide our organization: Pax Orbis ex Jure, world peace through law; justice through the rule of law.

The WJA adheres to the request of the Independent Panel of International Experts appointed by you on September 14, 2017, who recommended in their report for their conclusions to be presented before the International Criminal Court. The WJA supports the need to process, prosecute and convict the perpetrators of the ongoing  genocide that is being committed in Venezuela, and which is, in light of the Palermo Convention, a crime against humanity.

The four World Associations that integrate the WJA unanimously support and fervently desire successful results in the process of seeking justice for the Venezuelan people during the historic OAS General Assembly that concludes today.