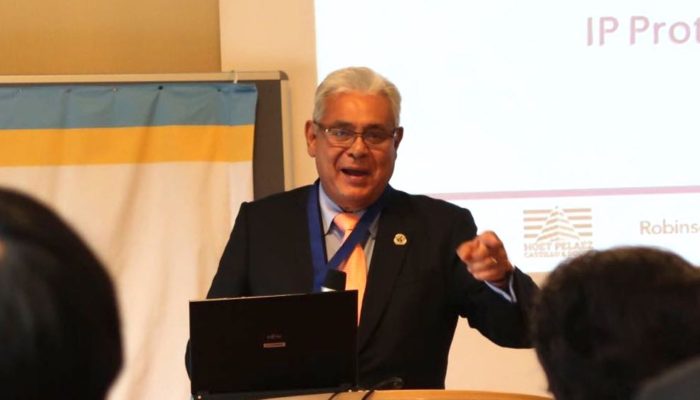 A ceremony was held by the World Jurist Association on May 3, 2018, to commemorate the Munich Massacre of 11 Israeli Athletes and one German police officer during the Olympics.

On September 5, 1972, during the 20th Olympic Summer Games, a savage terrorist attack occurred at the peaceful Olympic Village in Munich, Germany, where Athletes from all over the world were gathering. At the time of that horrifying act, the sports magnus event was in its second week. The attack was performed by a Palestinian terrorist group called Black September, and the target and victims were the Israeli Olympic delegation.

11 Israeli Athletes were taken hostages and some of them suffered physical abuse by their kidnappers. Unfortunately, after a failed rescue attempt, eventually, all the hostages were brutally killed, alone with a German Police Officer. The terrorist attack shattered the dreams of many athletes, who were excited to come to Munich and take part in the world’s most important and awesome sports event – The Olympic Games.

The Munich Massacre shocked the World and had an immediate effect on the Olympians. Some competitors left the village out of fear, and the mood of the ones who remained was sad. Many leaders from around the world condemned this brutal coup de main. The U.S. President Richard Nixon even discussed a number of possible American responses and, eventually, decided with Henry Kissinger to press the United Nations to stand out against international terrorism. King Hussein of Jordan was the only Arab leader who denounced the attack publicly, calling it a “Savage crime against civilization, perpetrated by sick minds”.

In September 2017, the German government officials put forth a clear-cut tribute to commemorate the 11 Israeli Olympic Athletes who were murdered at the 1972 terrorist’s attack. This permanent memorial to the “Munich Massacre”, where we stand today, was opened at the site of the 1972 Olympic Games Terrorist Attack, in presence of the German president Frank-Walter Stenmeier and the president of the State of Israel Reuven Rivlin. Both leaders attending the opening ceremony condemned the killing as an act against the Olympic spirit and values that should have never occurred.

What happened here in 1972, how it happened, why it happened, is still worth our attention and remembrance. Terrorists committed an act opposing the spirit of collaboration of the Olympic Family and violated the essence of the Olympism. I fully endorse the comments by His Majesty King Hussein, President Stenmeier of Germany, President Rivlin of Israel, and those of the President of the International Olympic Committee Thomas Bach.

The legal community condemns all kinds of terrorism. This was an attack not only on our fellow Israelis but also an assault on the values that the World Jurist Association stands for: Peace and Justice. This repugnant act against innocent people was against all the civilization, the Human Rights and the Rule of Law.